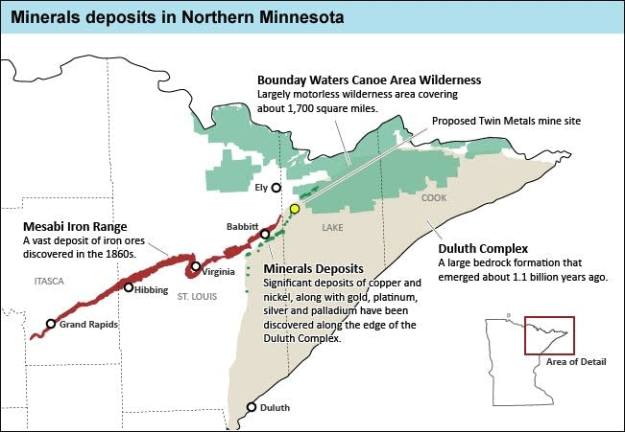 I began writing on this topic as the Trump administration was moving rapidly to clear the way for 100 years of sulfide ore mining and industrial development on the edge of the Boundary Waters Canoe Area Wilderness — Minnesota’s crown jewel and a national treasure. At the time, former Minnesota Governor Mark Dayton, Representative Betty McCollum, ethics watchdog Richard Painter, and other prominent public figures all cried foul, demanding to know why Trump’s Department of the Interior appeared to be putting the financial interests of a foreign conglomerate — and of Ivanka Trump and Jared Kushner’s Washington, DC landlord — before the need to protect this unique American wilderness.

I’ve been investigating that question for the past few years. Documents I’ve obtained through FOIA (around 10,000 pages to date) show Interior officials working closely with mining lobbyists to reverse Obama administration protections. Meetings with environmental groups appear to have been perfunctory; serious concerns about the risks of sulfide mining near the Boundary Waters were blithely set aside. Previously undisclosed meetings with executives from Antofagasta PLC, the Chilean conglomerate, at the Department of Interior, the Trump White House, and the U.S. Embassy in Santiago, Chile, raise troubling questions about patterns of access and influence that put private over public interests, and extraction over preservation of public wealth.

The stakes could not be higher. Permitting just one mine at the threshold of the Boundary Waters could trigger a rush on the Duluth Complex, and further expand the industrial footprint of sulfide-mining around the Lake Superior region—home to over ten percent of the world’s fresh water. Our public lands and waters, as well as our shared public life, hang in the balance.

Here are my posts to date on the Trump administration’s reversal of Obama-era protections for the Boundary Waters.

You can read all my posts about Lake Superior mining here. And if you’d like to share information about the Boundary Waters reversal or speak with me about this issue, please email me using my Twitter name at gmail dot com.